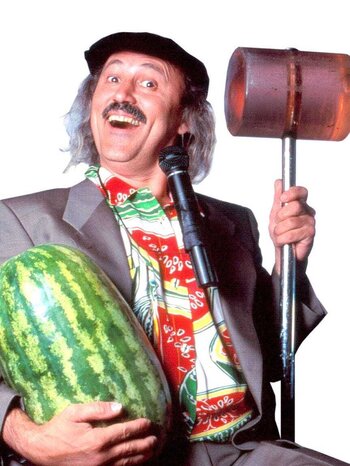 Leo Anthony Gallagher (born July 24, 1946) is an American stand-up comedian famous for his observational humor and Smashing Watermelons with a huge hammer. He emerged as a popular comedy performer in the The '80s, and tragically stayed there, overshadowed by his own gimmick.