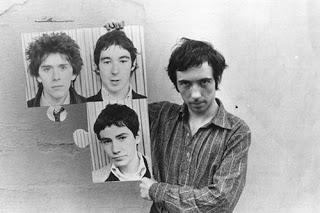 Buzzcocks are an English Punk Rock band who were one of the innovators of the Manchester music scene; they were also one of the most popular British punk bands, along with The Clash, Sex Pistols, The Damned, and Generation X. They were one of the first punk bands to release a record (their debut EP, Spiral Scratch) on a local indie label. However, they're best known for being the Ur-Example of the Pop Punk genre, which has led groups like Green Day to cite them as an influence. They also gave the name to Never Mind the Buzzcocks, alongside the only album by the Sex Pistols.

Founding member and Face of the Band Pete Shelley passed away on 6 December 2018, but the group has continued without him with founding member Steve Diggle as the new lead singer.

I just want a troper like any other, what do I get?: