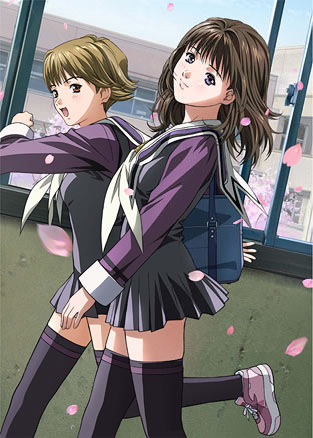 Ichitaka Seto is a normal Japanese high school student. His one hang-up is that due to a particularly nasty rejection by a girl when he was younger, he can't properly show his affection to anyone he's interested in. Naturally, he's crushing hard on Iori Yoshizuki, a classmate in the drama club that has found a sudden increase in popularity after posing in a swimsuit for a magazine spread.

Despite the seemingly impossible divide, Ichitaka lucks out when he and Iori are appointed to do a skit to welcome incoming students to their school. But his own nature, in addition to his friend Yasumasa Teratani's sometimes ill-advised help, inevitably trip him up. Matters aren't helped any when an old friend of his, Itsuki Akiba, shows up and starts crashing at his place.

The series' name has multiple meanings – it refers to the main characters' initials, but also to ai, Japanese for both "love" and "sorrow". Also, the title is supposed to have two apostrophes (to represent the multiple "I" people), but it's usually written with a quote mark (in part for simplicity and in part because writing it correctly messes with the formatting of wikis like this one).

Running from 1997 to 2000 in Weekly Shonen Jump, it was adapted into two separate Original Video Animation series, a PlayStation 2 game (which adapted the entirety of the manga) and made a surprise appearance in Jump Ultimate Stars.

In September 2017 it was announced that I"s was being adapted into a live-action TV drama. The 13-episode TV adaptation was filmed in September - December of 2017, and aired on the SKY PerfectTV! satellite network on December 21, 2018, with Amane Okayama as Ichitaka Seto, Sei Shiraishi as Iori Yoshizuki, Kyōka Shibata as Itsuki Akiba, Minori Hagiwara as Izumi Isozaki and Konatsu Katō as Aiko Asō.