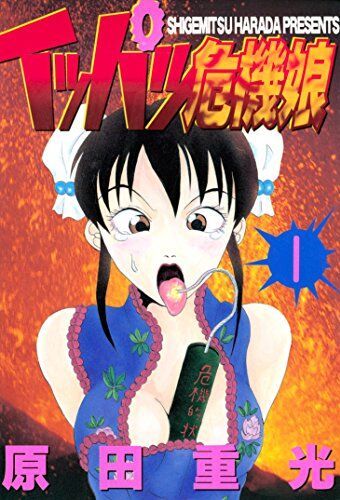 Just an ordinary day for our miss catastrophe!
Advertisement:

The series revolves around Kunyan, an Anime Chinese Girl who faces a number of situations where she faces death, such as being locked in a sauna or halfway down a python's gullet, and who tries to save herself through ways which fail because of her use of Insane Troll Logic or simply because the universe hates her, and will only be rescued by pure coincidence.

Think of a way of getting yourself out of this tropes, Kunyan!