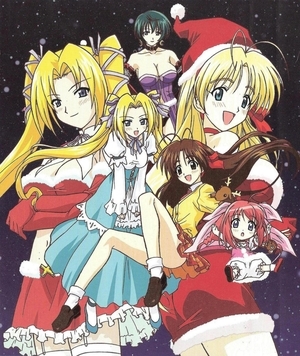 Itsudatte My Santa! (いつだってMyサンタ!?, translating literally to Always My Santa!) is a manga series by Ken Akamatsu, published before his better known work, Love Hina, was serialized. It stars a boy named Santa who hates Christmas, due to being born on Christmas Eve.