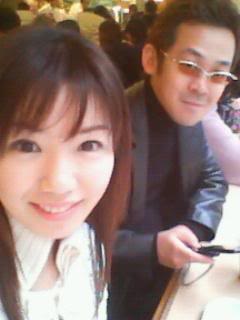 He's also known for his full espousement of the moe aesthetic and loads of cute girls following the lead, and enormous cast size. While he did do earlier doujin work, try not to be confused with his assistant MAGI - who did several doujins under the circle name of Culittle - which are sometimes confused with Ken Akamatsu. As of late, though, he seems to be breaking out of this mold, as his latest series seems to contain far less of these elements.

His wife is a cosplayer, whom some of his lead female characters (prominently, Love Hina's Naru and Negima's Chisame) are apparently inspired by.

Before becoming a mangaka, he wrote The Paladin, a simple Action RPG for the PC-88.

More recently, he's been working on the J-Comi

project, working to make currently out-of-print manga available online at no charge, as well as finding ways to allow mangakas to actually make money off of fan translations, again at no cost to the reader.

He's also created a new series, UQ Holder! which seems to be a Stealth Sequel to Negima, picking up on what Evangeline is up to eighty years after the events of his previous manga. The manga ended in 2022 after he announced he would be running for councilor in the 2022 House of Councilors elections