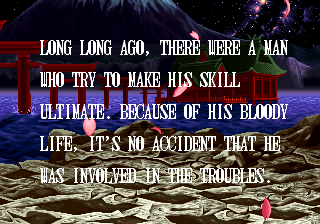 No, he's not involved in that Troubles.
I think there are a number of factors that combine to make All Your Base a fairly virulent meme. First, the incongruity of "engrish" in a reasonably nicely produced game is funny, much like professionally printed signs that happen to contain typos. Second ... it works well as a catchphrase and slogan and fits easily into many different contexts. And, as any 12-year-old or online gamer knows, anything that was funny once is funnier when you repeat it 100 times.
— A quote from Wired's 2001 article,

Whether it be due to bad translators or just being a rush job, sometimes you get a bad translation. The wording might be funky, the grammar might be off, or someone just might have flubbed the line. But people might like it anyway.

This kind of translation becomes popular with the fans, either because it is unintentionally hilarious, or because it's memorable and amusing to repeat — it's So Bad, It's Good. It becomes so popular that fans will insist on it; the developers, under fan pressure, won't correct the mistake after the fact, and reprints and sequels will keep the mistranslation.

See also Translation Train Wreck for gibberish translations that may fall under this trope. Related to "Blind Idiot" Translation. Compare the intentional versions, Gag Dub and Intentional Engrish for Funny. Contrast Woolseyism, which is well-presented but just different from the source material.