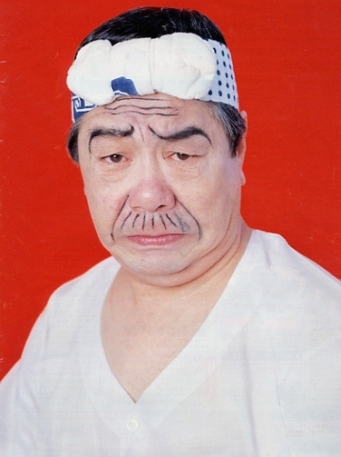 Fujio Akatsuka (赤塚 不二夫, 1935-2008) was a Japanese mangaka. Originally taking up work as a Shoujo writer, Akatsuka would later branch off into gag manga in the late 50s, starting off with his very first: Nama-chan. Since then, his surreal characters and offbeat brand of comedy would get him pegged as the "King of Gag Manga". That's not to say he lost his touch with his old profession: one of his most famous works, Himitsu no Akko-chan, was well known for its popularity among girls, influencing future magical series to come.
Advertisement:

Outside of his home country, though, his popularity is a bit spotty. Aside from the recognition Akko-chan got in magical girl circles, Spain has familiarity with Tensai Bakabon and Osomatsu-kun due to their respective 80's adaptations being packaged together. Nevertheless, his catchphrases and character tics can still be found in many series that crossed the Pacific.

His legacy lives on through the Akatsuka Award

, a prestigious prize on par with that of the God of Manga himself