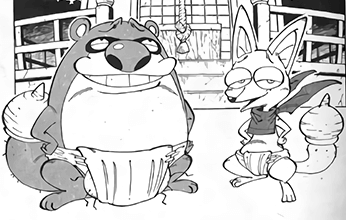 Thanks to the increasingly international nature of popular culture, combined with Pop-Cultural Osmosis, an all-too-familiar cultural reference has managed to make its way halfway around the world, showing up in a completely unexpected place.