Manga / It's Tough Being Neeko 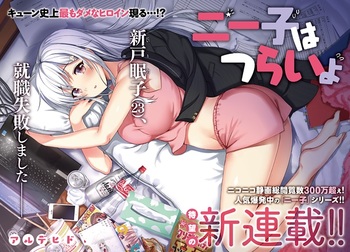 It's Tough Being Neeko is a comedy manga by Aldehyde, which was serialised by Comic Cune on 27 August 2017 to 26 December 2020.

Nemuko "Neeko" Niito is a 23-year-old young woman with no job and crushing social anxiety who still lives with her parents. Can she overcome her weaknesses and find gainful employment, or is she doomed to be a NEET forever?