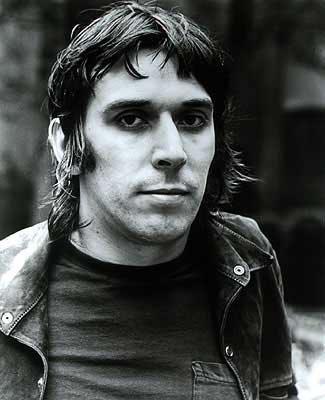 John Davies Cale (born 9 March 1942) is a Welsh singer-songwriter and multi-instrumentalist probably best known as a founding member of The Velvet Underground. He's accomplished a lot more than that in his career, though, which has included numerous production credits and an extensive solo discography as well as several collaborations with other artists, including former Velvets bandmate Lou Reed. Amongst the styles he has recorded in include modern classical, Baroque Pop, Folk Rock, proto-punk, Progressive Rock, and drone. His best-known solo works are probably Paris 1919 and his cover of Leonard Cohen's "Hallelujah", which is generally considered to have been a model for most of the other covers that followed, including Jeff Buckley's famous version.

Cale was born in 1942 in Garnant, Carmarthenshire, Wales. After a traumatic childhood (suffice it to say that literally being unable to talk to his father until he was sevennote Long story short: at his mother's insistence, he was raised speaking only Welsh; his father only spoke English was the least of his problems), he studied music at Goldsmiths College, University of London, after being recognized as a potential viola virtuoso, and then moved to America, where he studied under Aaron Copland. He also collaborated with John Cage on the first ever full-length performance of Erik Satie's Vexations, and later worked with La Monte Young's Dream Syndicate.

Cale co-founded the Velvet Underground in 1964 with Reed, Sterling Morrison, and Angus MacLise (who would leave the band after it received its first paying gig, to be replaced by Maureen Tucker). Although his writing credits with the group were minimal, Cale quickly established himself as a major element of the band's sound, playing viola, bass guitar, piano, and organ, and contributing deadpan vocals that proved integral parts of several of the band's songs, especially "The Gift". Personality conflicts with Reed resulted in his departure from the group after the recording of the band's second album, White Light/White Heat, although a handful of recordings with Cale afterwards have since been released (including "Stephanie Says", "Hey Mr. Rain", "Temptation Inside Your Heart", and "Ocean").

After his departure from the group, Cale quickly established himself as a formidable solo artist and producer in his own right. He produced former Velvet Underground bandmate Nico's seminal albums The Marble Index, Desertshore, and The End... and also contributed arrangements to the former two (Nico arranged the latter entirely on her own, according to Cale). He also produced The Stooges' and The Modern Lovers' influential self-titled albums The Stooges and The Modern Lovers and Patti Smith's equally influential Horses, and appears on Nick Drake's cult classic Bryter Layter and Brian Eno's seminal Another Green World.

At the same time, Cale launched his solo career. His first released album, Vintage Violence, is generally regarded as folk-pop; around the same time he also worked on a collaboration with Terry Riley, the mainly instrumental Church of Anthrax, that is often categorised as Progressive Rock or avant-garde. A number of other solo albums included Paris 1919, regarded as one of the great Baroque Pop albums, and a trilogy of albums for Island Records that is probably best represented by his disturbing cover of Elvis Presley's "Heartbreak Hotel", perhaps comparable to The Residents' cover of The Rolling Stones' "Satisfaction" in terms of how radically it reworks the original.

A highlight of his 1980s output is generally considered to be Music for a New Society, which is a thoroughly bleak album along the lines of Reed's Berlin, Joy Division's Closer and the trilogy of Nico's albums Cale produced. In 1990 his collaboration with Brian Eno was released, Wrong Way Up. It proved to be one of the most commercially successful albums of either artist as a performer. The same year, he also released his collaboration with Lou Reed, Songs for Drella, a tribute to Andy Warhol, a major mentor of the Velvet Underground. 1991 saw the release of his famous cover of "Hallelujah", which notably served as the basis for nearly every cover version done afterwards (including Jeff Buckley and Rufus Wainwright's (arguably, in Wainwright's case) even more famous versions).

From 1992 to 1994, the complete Reed-Cale-Tucker-Morrison lineup of the Velvet Underground reunited for the first and only time (excepting a one-off performance of "Heroin" in 1990). Further reunions were prevented by Morrison's untimely death in 1995, although the surviving members did play at their Rock and Roll Hall of Fame induction in 1996. Reed's death in 2013 means that it is highly unlikely there will be any further Velvet Underground performances.

Cale's career continues to this day; he received a substantial boost when his cover of "Hallelujah" was featured in Shrek (although it is Wainwright's version that appears on the film soundtrack). He continues to produce some pretty awesome music.