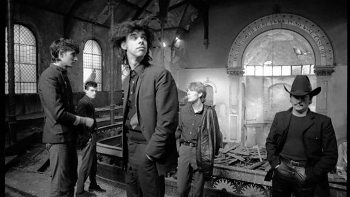 Originally named The Boys Next Door and a somewhat bland Punk band, their music style became dark, noisy, and theatrical with their second album: The Birthday Party, to which they formally changed their name. Two highly influential but commercially unsuccessful albums followed: Prayers on Fire and Junkyard, and two EPs: Mutiny and The Bad Seed, before the band split. Nick Cave and Mick Harvey went on to form Nick Cave and The Bad Seeds with one-time guest musician Blixa Bargeld, while Rowland S. Howard started a solo career.

Not to be confused with the play by Harold Pinter. Some accounts claim the band was named after the play, but there's not really a consensus.