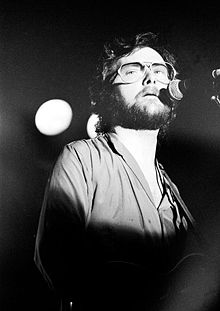 "Winding your way down on Baker Street
Light in your head and dead on your feet
Well, another crazy day, you'll drink the night away
And you forget about everything"
"Baker Street"
Advertisement:

Gerald "Gerry" Rafferty (16 April 1947 – 4 January 2011) was a Scottish singer-songwriter probably best known for his songs "Baker Street", "Right Down the Line", and (with the band Stealers Wheel) "Stuck in the Middle with You". Make sure you spell his name correctly, e.g. "Gerry" not 'Jerry", but "if you get it wrong you'll get it right next time".

"These tropes are going, they're going home":