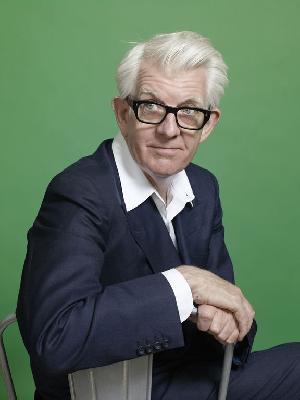 Nicholas Drain Lowe (born 24 March 1949) is a British Singer-Songwriter who has been active since the late 1960s. His first group, Kippington Lodge, evolved into pub rock pioneers Brinsley Schwarz. After they broke up in the mid 1970s, Lowe began his solo career, which continues to this day. He's also worked as a Record Producer for Elvis Costello, Graham Parker, The Damned, Pretenders and others, a career which earned him the nickname "Basher" due to his habit of recording quickly and without production tricks, wherein he would instruct bands to "bash it out, we'll tart it up later". He is best known, at least in the USA, for his song "Cruel to Be Kind", in the UK for "I Love the Sound of Breaking Glass", and, indirectly for Costello's Cover Version of the Brinsley Schwarz song "(What's So Funny 'Bout) Peace, Love and Understanding." He also worked with Dave Edmunds on several of his albums and in the band Rockpile, but personality clashes between the two meant Rockpile disbanded after releasing one album, although they have remained friends outside of the studio.

Not to be confused with the long-standing movie reviewer in Interzone magazine, who is a completely different Nick Lowe.