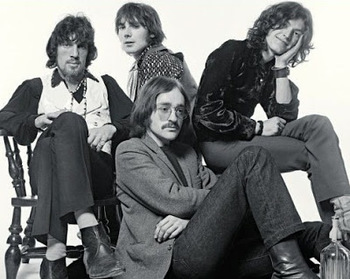 Traffic is a rock band formed in 1967 in Birmingham, UK, with their initial membership consisting of Steve Winwood (formerly of the Spencer Davis Group), Jim Capaldi, Chris Wood, and Dave Mason. Starting out as a Psychedelic Rock band first and foremost, they had eventually diversified their sounds, incorporating elements of Soul, Folk, Jazz, and Progressive Rock. They had briefly disbanded in 1969, with Steve Winwood forming the supergroup Blind Faith which only lasted a year. In 1970, the band regrouped and released their biggest album John Barleycorn Must Die. This incarnation of the band lasted to 1974, releasing three more studio albums and two live albums. The stress of touring had gotten to Steve Winwood, prompting him to quit the band and pursue a successful solo career, and the rest of the band decided that they cannot carry on without him.

In 1994, Winwood and Capaldi reformed the group for a one-off touring group, with Wood having died of pneumonia in 1983. The footage from the tours has been recorded in the live compilation Last Great Traffic Jam in 2005. Winwood and Capaldi also recorded a final studio album in the band's name around the time of their tour. The band got inducted in the Rock & Roll Hall of Fame in 2004.

And the thing that you're hearing is the only sound of the low spark of high-heeled tropes: