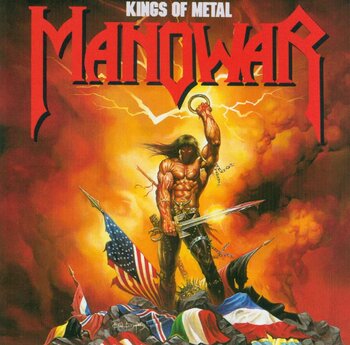 Hail and Kill!
Father, on bend-ed knee
I ask thee, raise thy hand
We! The sons! Of Odin!
Await thy command!
— "Gods of War"
Advertisement:

Manowar are a heavy metal band from New York, USA, founded in 1980. Fond of Vikings and insanely over-the-top Epic Rocking. They are the manliest band of all time.