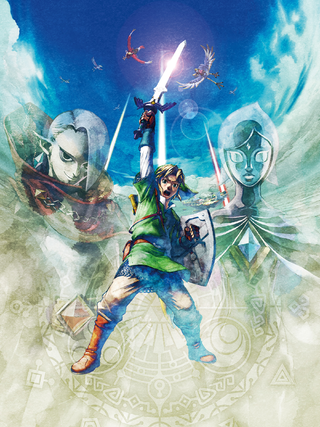 And make sure to stab it skyward.
Advertisement:

This is a standard pose of a character (usually The Hero) raising one or both arms up, holding a sword or other weapon (or mundane item in spoofs) straight up over the head. Often this is done as a Victory Pose or used as a signal by a Screaming Warrior. Sometimes forms part of an Item Get! routine.

This is also common in film posters, because it helps create a cool image. Often used as a way to thank whatever god lives in Heaven Above.

A Sub-Trope of Rule of Cool (since this is just because it looks cool) and Garnishing the Story (since this pose is better than not having this pose).