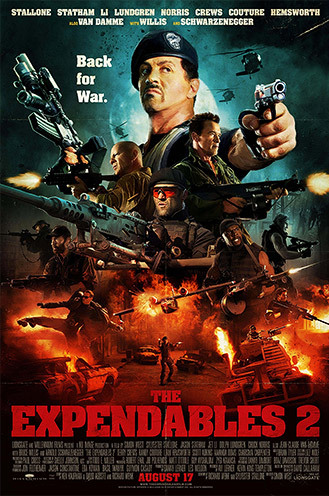 A poster style that has been made famous by the Star Wars franchise where all main characters are montaged into a column or pyramid. Often the characters are sized in proportion to their impact on the plot with the leading cast being shown largest and higher up the stack.

Compare Floating Head Syndrome where heads are used instead of full bodies. May also include an Evil Overlooker if the topmost character is an oversized version of the villain's face. Compare Scooby Stack when a similar pose is assumed by characters in-universe.

Not to be confused with posters of characters who are the other kind of stacked.