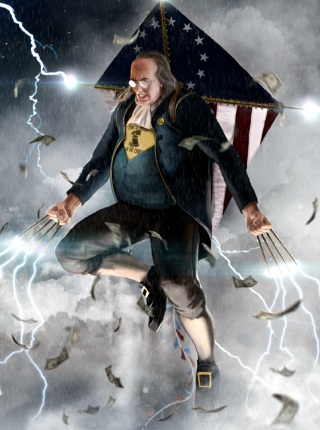 Popular culture, especially in the West, tends to portray glasses as nerdy and as a sign of weakness. However, for some reason, if the one with the glasses isn't a meek Non-Action Guy, they are surprisingly likely to be this.

This trope has only two requirements: you must be badass, and you must wear glasses while demonstrating your badassery. Often overlaps with Badass Bookworm and Genius Bruiser, in which case the wearer is also likely to be The Stoic and frequently display Awesomeness by Analysis. These, however, are merely common traits, not requirements.

To qualify for this trope, the character in question must be badass while still wearing glasses, otherwise it's The Glasses Come Off. Distinct from Cool Shades in that these are actual, transparent glasses. Compare and Contrast Stoic Spectacles, where the character is witty but not necessarily action oriented.