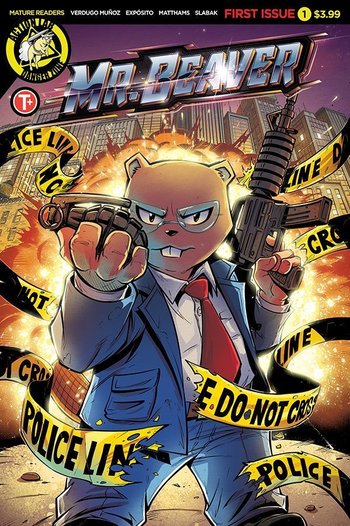 Mr. Beaver is a beaver in a man's world with a hunger for justice... and empanadas. In a world where a criminal organization known as "The Twelve" has been able to evade justice for too long, Mr. Beaver is called in to bring an end to them. Much to his chagrin, Mr. Beaver has found himself assigned with a human named Detective Kage to help in taking down the Twelve, since he's used to working alone.

Regardless, Mr. Beaver and Detective Kage will now need to work together to finally bring an end to the Twelve.