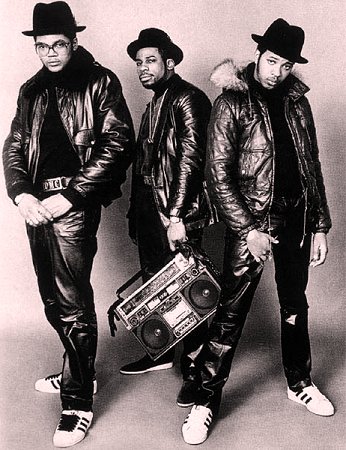 Run–D.M.C. were a Hip-Hop group from Hollis, in the Queens borough of New York City. They have been widely acknowledged as The Beatles of hip hop, being one of the greatest rap groups in history. They brought harder, grittier elements into their sound than the other bands of their day. They brought in a street attitude in their style with jeans, sneakers, fedoras, and black leather jackets. Unlike other hip hop groups who sampled funk and disco records, they instead sampled noisy keyboards, industrial sounds, and most prominently rock guitars and drums, paving the way for the Rap Rock movement of the nineties, and becoming the first rap group to go Platinum. They famously collaborated with Steven Tyler and Joe Perry of Aerosmith to remake their song "Walk This Way", which was a huge hit, bringing Aerosmith back into popularity, and allowing Run–D.M.C. to gain acceptance with white music fans, when hip hop was previously a "fad" among black people.

The band broke up after Jam-Master Jay was tragically shot and killed at his recording studio on October 30, 2002, sending the hip hop community into shock. The remaining members then went off to pursue solo projects.

Rev. Run's son, Diggy Simmons, has his own music/entertainment career.

They star as themselves in Krush Groove (1985), a fictionalized retelling of the founding of Def Jam Recordings. They are also interviewed in the TV documentary Big Fun in the Big Town (1986), at the moment in history when the success of "Walk This Way" broke them to the mainstream.