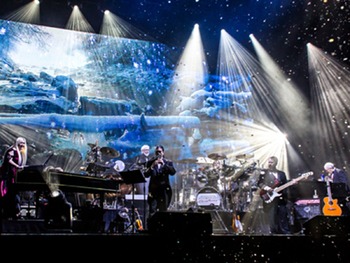 Mannheim Steamroller is an American musical group founded by instrumentalist Chip Davis. When Davis moved to Omaha, Nebraska, he started off writing jingles for the Bozell & Jacobs advertising agency; he formed Mannheim Steamroller in 1974 as an exploration of a fusion between classical and contemporary modern music, releasing a series of Fresh Aire albums. The group didn't gain major fame until 1984, when it released Mannheim Steamroller Christmas, which went six times platinum in the United States by 2004 and kicked off a revival of contemporary Christmas music.

The band's music contains examples of: