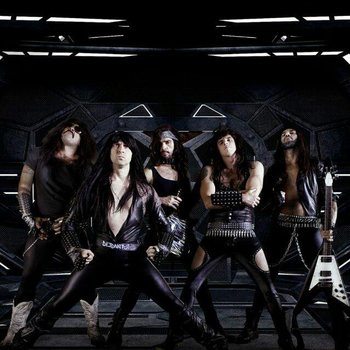 Massacration is a parody Heavy Metal band from Brazil, proclaiming themselves "the greatest and most classic heavy metal band and the inspiration behind most metal bands since 1985, whose members' hairdos and posing influenced all heavy metal culture."

The band was created for the sketch comedy show Hermes e Renato, but their sketches were successful enough to warrant two albums and an entire tour.

The band shows examples of