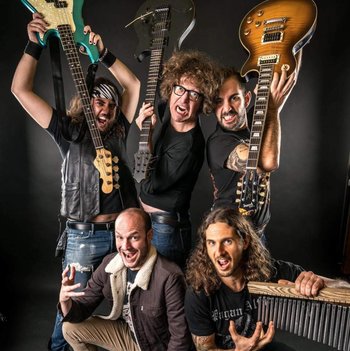 (known as Colossus until 2016, when they changed names to better distinguish themselves) is an independent Heavy Metal band from Raleigh, North Carolina, formed in 2005.
Advertisement:

Styling themselves after classic British-style metal, the band is known in particular for incredibly geeky lyrics, with multiple songs about the Dune series in particular. In 2010 they were picked up for international distribution by Germany's Killer Metal Records.