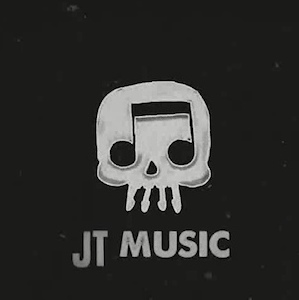 JT Music (formerly JT Machinima) is a Nerdcore rap group who post their works on YouTube. Originally a channel used for Machinima, Skull (Skullkruncher13) and Pat (Patfan8326) eventually created a rap song in 2009 called "the Greatest Ever". Surprised by the popularity of their first posted rap video, the duo decided to make another titled the "World at War Rap" to find similar success. Since then, JT Music has been continuously producing video game themed rap songs on their channel and eventually became partners with Rooster Teeth.

. You can also purchase their music on iTunes

A list of games and shows featured in JT Music:

I am an amalgamation of Hell's nine circles!
I am your Doom! I am ETERNAL!
Feedback