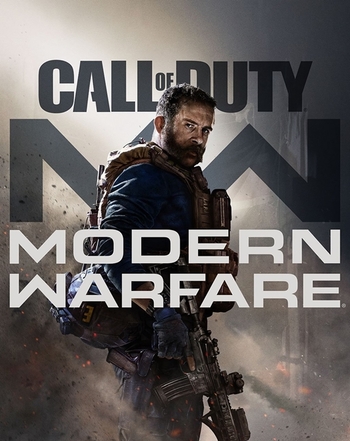 The year is 2019. In the Middle East, the Russian-occupied country of Urzikstan enters another turbulent year in its endless civil war. Radical Russian general Roman Barkov rules the country with an iron fist and maintains a supply of poison gas to strike down the rebelling locals. A Urzikstani terrorist group called Al-Qatala is formed in response, who aims to launch attacks on foreign soil and kill foreigners indiscriminately until all outsiders leave Urzikstan. As Urzikstan falls deeper and deeper into senseless violence, the world around it becomes more violent as well day by day.

Players play as a CIA agent codenamed Alex, SAS Sergeant Kyle Garrick, and local resistance leader Farah Karim as their missions to expose Barkov's oppression of the Urzikstani people and stop Al-Qatala's attacks intertwine and escalate, and eventually becomes a mission to stop the world from collapsing into World War III.

In addition to the campaign, the multiplayer has seen some adjustments as well. In addition to the class system being reverted to something similar to that of the original Modern Warfare trilogy, a new feature, Gunsmith has been introduced to allow for more extensive weapon customization than ever before in the series, offering modifications for just about every aspect of a gun. This game also introduces two new game modes: Gunfight, a close-quarters focused 2v2 mode with an emphasis on skill, and Ground War, a large 20v20 and 32v32 objective matches similar to Battlefield's Conquest mode.

The Zombies mode from prior installments sits this game out in favour of the returning Special Ops mode from Modern Warfare 2 and 3, and it too has seen some changes - allowing for four players to a team instead of just two, along with bringing in multi-stage Operations rather than one-and-done missions.

and Operations at no extra cost. On top of that, in a series first Modern Warfare also has cross-platform play between all three platforms, bringing the community closer together than ever before.

On March 10th, 2020, Call of Duty: Warzone, a free-to-play standalone release of the two Battle Royale modes, the titular Warzone and the heist-inspired Plunder, also added in the main game, was released.