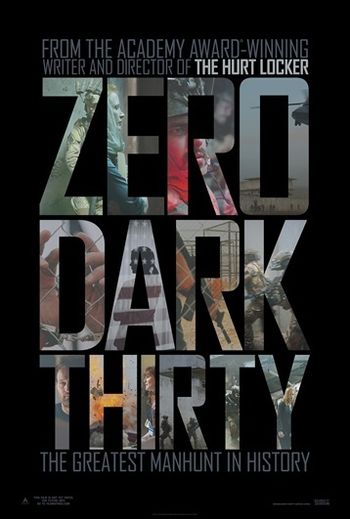 "I'm going to smoke everyone involved in this op and then I'm going to kill bin Laden."
—Maya
Advertisement:

The film was originally intended to be about the failed attempt to apprehend Bin Laden in the mountains of Tora Bora. Following the announcement of Bin Laden's death at the hands of SEAL Team 6, Bigelow and screenwriter Mark Boal reworked the movie to cover the whole hunt. The film later faced controversy when it appeared as if Boal had been given access to secret information by the Obama administration.