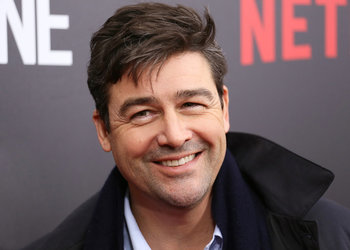 Kyle Martin Chandler (born September 17, 1965 in Buffalo, New York) is an American film and television actor. He was a familiar face in film and television, until his Star-Making Role as Coach Eric Taylor in the critically acclaimed television series Friday Night Lights, for which he won the Primetime Emmy Award for Outstanding Lead Actor in a Drama Series in 2011.