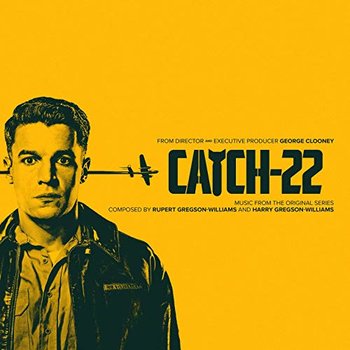 Catch-22 is a six-episode miniseries adaptation of the novel of the same name that premiered on Hulu in 2019. The series was written by Luke Davies and David Michôd, and features George Clooney as an actor, executive producer and director. The series stars Christopher Abbott as Yossarian, leading an ensemble cast.
Advertisement:

John "Yo-Yo" Yossarian is a lieutenant in the US Army Air Force serving in the Italian theatre of World War II, struggling to survive an Army bureaucracy that seems to have it out for him personally as much as German flak. The more missions he completes as bombardier of a B-25 Mitchell medium bomber, the more his superiors raise the number he has to complete before he can muster out and go home.

The miniseries features examples of: