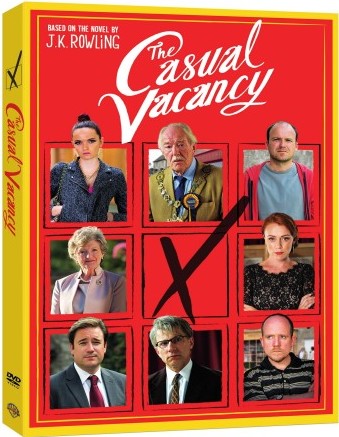 I am the ghost of Barry Fairbrother, and I am watching you. ... Clock's ticking, Pagford.
Advertisement:

The Casual Vacancy is a BBC miniseries of three episodes based on the novel of the same name by J. K. Rowling, starting on the 15th of February, 2015. Taking place in the sleepy little town of Pagford, it follows the turmoil of local politics and families after the death of Barry Fairbrother, a parish councillor, resulting in a grab for his seat which gains all the more imortance as the council is discussing getting rid of an addiction clinic that Barry was the chief defender of.

The Series Provides Examples Of (Tropes Shared With The Book Are On The Literature Page):