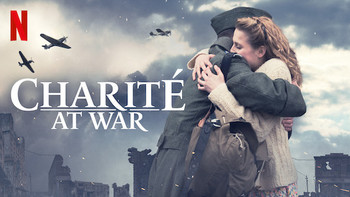 Charité at War is a 2019 six-part German television miniseries.

It is set in the Real Life Charité hospital in Berlin, from 1943 to 1945, focusing on the drama of the doctors and patients at the hospital. Among the characters are:

This series is a sequel to 2017 miniseries Charité, taking place at the same hospital in the 1880s (obviously with a completely different set of characters).