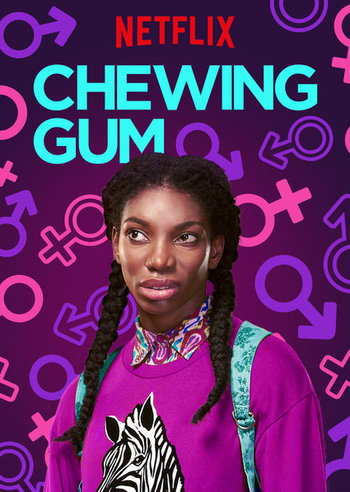 A 2015 British Cringe Comedy series about the life of Tracey, a 24-year-old who's desperate to lose her virginity, and the shenanigans of her family and friends. The series is based on Chewing Gum Dreams, a 2013 play written by Tracey's actress Michaela Coel. The show was cancelled after two seasons in 2017 because Coel felt that her writing had already reached its peak.
Advertisement:

I May Destroy You, Coel's followup series, is fictionalised about her experiences attempting to follow up on the series.