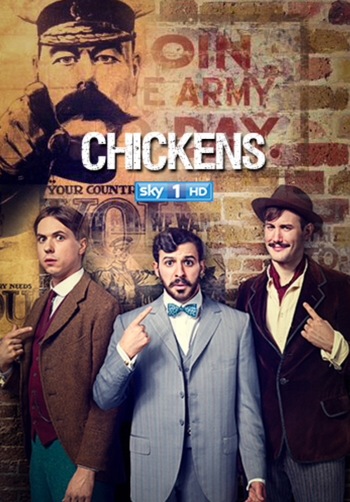 Chickens is a British sitcom created by Simon Bird, Joe Thomas, and Jonny Sweet. A pilot episode appeared on the Comedy Showcase in 2011 before it was picked up and aired in the Fall of 2013. The show details the exploits of three men who are deemed social outcasts for not fighting in the First World War.