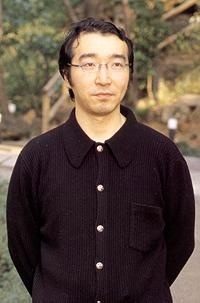 Yoshihiro Togashi (born April 27, 1966) is the creator of YuYu Hakusho, Level E, and Hunter × Hunter. Married to Naoko Takeuchi, with whom he has two children. He is also known for taking several long hiatuses for undisclosed reasons, but poor health, Creator Breakdown mixed with editor attempts at Executive Meddling and/or a focus on home life are the most frequent guesses. His art has also become very crude and Off-Model, usually corrected by the time it releases into a compiled tankōbon.

Strangely Togashi is the highest-paid mangaka in Jump's payroll, and has the ability to take the hiatuses which he's famous for without consequence. This has been referred to as "Togashi-ism", and the only other person employed by Shueisha who has such favorable contract conditions is Kyosuke Usuta, author of Pyu to Fuku! Jaguar.

The other thing Togashi is famous for is his gratuitous amounts of Ho Yay in his work...and not because he sells more manga that way; LGBT topics are one of his personal interests. He also likes Dragon Quest. Maybe.

The artist he is most inspired by is H. R. Giger, which should tell you something about his own predilections.

To put most rumors to rest, his former assistant, Kunio Ajino published a biographical manga titled Sensei Hakusho in recalling the days of working with Togashi from the beginning of YuYu Hakusho through to the end of Level E.