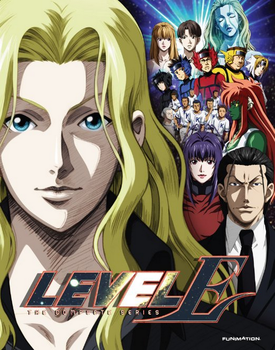 "Currently, hundred of different alien species come and go, living their lives on the Earth. Species that come in peace, aggressive warlike species... Aliens with all kinds of personalities live among us, maintaining a precarious balance."
—Opening Narration
Advertisement:

Contrary to the belief of its native inhabitants, Mankind isn't the only sentient species living on Earth. Actually, individuals of about five hundred alien species call Earth home for reasons as diverse as their biological peculiarities. The Diskun and Erald, for example, come to Earth because Humans Are Special to them; others are refugees, like the cursed inhabitants of the dead planet Conwell; some come looking for love, like the future Mucbak Queen; and not everyone has a choice on the matter, like one of the last mermaids of Horn. Their existence is a secret to the average human citizen; however, with so many aliens around, it's inevitable some humans eventually get tangled in their bizarre stories. These humans are said to have entered the Level E.

Level E is one of the least known works of Yoshihiro Togashi, of YuYu Hakusho and Hunter × Hunter fame. Prone to Art Shift, Genre Shift and Mood Whiplash, it can go from a wacky parody of Pretty Freeloader shows to a tragic Horror story without missing a beat, and it lacks a definite protagonist, having an Ensemble Cast whose most recurring character is a certain Prince from the planet Dogra.

An 13-episodes anime adaptation by Studio Pierrot aired in 2011.

Level E the manga has examples of...

Level E the anime has examples of...