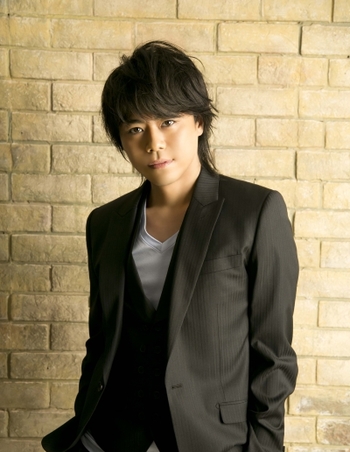 This description is trash.

Daisuke Namikawa (born April 2, 1976) is one hell of a voice actor, known for his wide and diverse range of voices. At one point he can do the young and goody-goody type, but he can also voice Hot-Blooded characters or ones so annoying that you want to rip their head off. But then again, he can also lower it down into a very melancholic, eerie voice. Also quite active in movie dubbing of pretty boy roles, using his first type of voice.

Not to be confused with fellow voice actor Daisuke Hirakawa, so don't send him Nice Boats.

His Japanese female counterpart would be Miyuki Sawashiro.

During July 2017, it was revealed he had been cheating on his wife since 2004