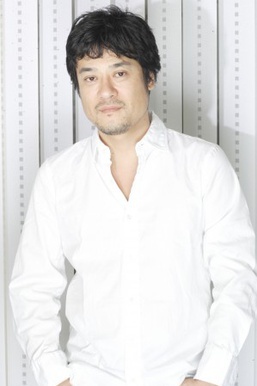 of Mitsuteru Yokoyama's Romance of the Three Kingdoms in 1991. A year later, he landed his Star-Making Role as the bumbling and hardworking Japanese dad, Hiroshi Nohara of Crayon Shin-chan fame. To anyone born in Japan — alongside the East Asian region — this role was iconic to the point where most of the public literally ditched his real name and renamed him "Hiroshi" Fujiwara instead.

Practically the solid go-to-dubber of Robert Downey Jr., he often played characters with red hair, especially Evil Redheads. While he usually did calm villains, he could do the crazy type just as well. He was also infamous for his ability to read his lines in the dark whilst wearing sunglasses.

In September 2016, Fujiwara went on an indefinite hiatus due to undisclosed personal health problems

. Thus, he had to be substituted or replaced by other actors for a few of his long-running and/or reprised roles, which are listed below. In June 2017, his agency announced that he would slowly return to work

Sadly, he passed away from cancer on April 12, 2020 at the age of 55. His final works would be the dub version of Dr. John Dolittle (Robert Downey Jr.) of Dolittle released in Japan on March 20, Reno of Final Fantasy VII Remake (Part One) released two days before his death, a guest appearance as a Karaoke owner in the Web Animation project, Zashiki-warashi no Tatami-chan (Ep. 4) released on May 1, a reprisal of King Toma E. Fiore and his "Mato" persona in the FAIRY TAIL video game on July 30, the President of the United States (who was modeled on Robert Downey Jr.

) in The God of High School released for the summer season of 2020, and Kagutsuchi in the remaster of Shin Megami Tensei III: Nocturne on October 29.

Thank you! Fuck you! Keiji Fujiwara's roles have arrived!:

Tropes relating to Keiji Fujiwara and his works: