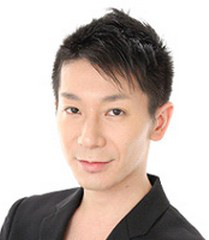 Yoshinori Fujita is a seiyuu born on October 27, 1976, in Aomori. He is best known as the voice behind Kaoru Hitachiin in Ouran High School Host Club. While he doesn't have a strict type, he has voiced a few Ambiguously Gay or outright Camp Gay characters.