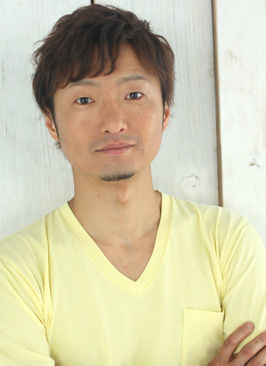 You have to describe Shinji Kawada. DOOOO YOOOUUU UNDERSTANNNNNNNNNND!?!?

That is why, even Shinji Kawada needs some fame here on TV Tropes...

A Japanese voice actor born on October 6, 1971 in Tochigi Prefecture, Japan, who once worked as a salaryman before getting into voice acting. Shinji Kawada tends to play more supporting characters than protagonists, and can vary the pitch of his voice to play both young men and deep-voiced old guys. When starring in eroge and explicit anime, he uses the pseudonym "Tarou Wasshoi".

Is apparently a "hunk" according to Kaori Shimizu.