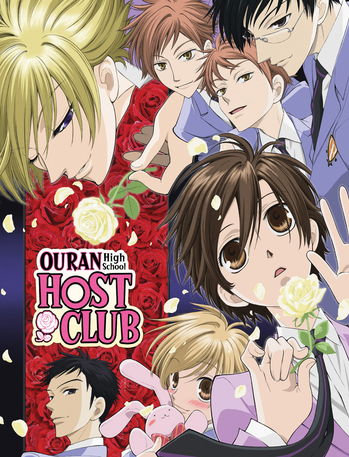 KISS KISS FALL IN LOVE!
"The Ouran Host Club will be waiting for you."
— Tamaki Suoh
Advertisement:

A Live-Action Adaptation began airing in Japan in July 2011, and a live-action movie was released in 2012. 2021 saw them to the stage with a 2.5D musical adaptation. There is also a Visual Novel for the PlayStation 2, which was later ported to the Nintendo DS with voices and new scenarios. Unfortunately, none of these have left Japan.