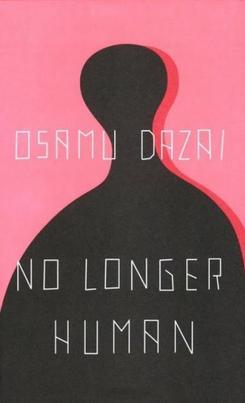 Mine has been a life of much shame. I can't even guess myself what it must be to live the life of a human being.
Advertisement:

No Longer Human (Ningen Shikkaku in Japanese, translating literally to "Disqualified From Being Human") tells the story of Ōba Yōzō, a man who is incapable of relating to other people. Perpetually resentful of humanity since childhood, he adopts a comical persona early on in life in order to disguise his true feelings. As he grows older, he is unable to overcome his feelings of alienation and trauma, leading him down a path of inevitable self-destruction.

Profoundly pessimistic but deeply insightful, it was the final and most famous work by Japanese writer Osamu Dazai, who committed suicide shortly after its publication in 1948. Though ostensibly fictional, much of it is based on Dazai's own life. Considered a national classic in Japan, it is the nation's second-best selling novel of all time and has been translated into many foreign languages, including an English translation in 1958 by Donald Keene.

The book has been adapted into many mediums such film, anime and manga, including as the first four episodes of the series Blue Literature and a manga adaptation by Junji Ito which alters the story to incorporate elements of horror. Bungo Stray Dogs takes considerable inspiration from it, with one of the main protagonists bearing Dazai's name and wielding a supernatural power named after the book.