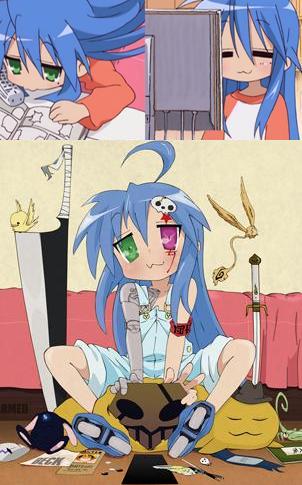 Nearly all characters in anime who are otaku are guys, although occasionally a female fan is included. This could be seen as an attempt at fair balance, but it's noticeable that this will inevitably be a specific kind of fan: the Cosplay fan.

While this reflects a very real trend in fandom popular with ladies, it can come off like an excuse to put the resident cute girl of a cast in a variety of fetish outfits for the audience's benefit if done badly. Especially since the second most stereotypical interest of fangirls tends not to appeal to a male audience much.