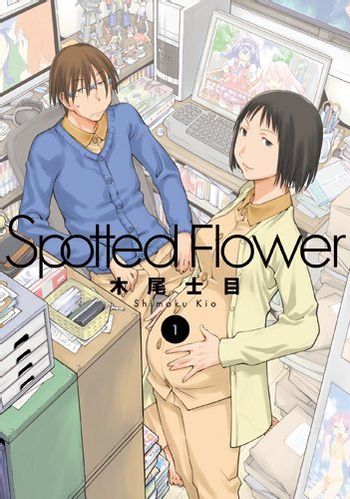 Taking a spin from Genshiken and its chronicle about the daily life of a group of Otaku and their different cultures, Spotted Flower is a manga by Shimoku Kio that tells the story of a newlywed couple: a hard working husband that used to be a hardcore otaku and still carry some traits of it, and his pregnant wife who learned to put up with her spouse’s hobbies but nevertheless loving him for what he is and eagerly waiting for their child to be born.

Spotted Flower began serialization in 2010 in Rakuen Le Paradis, a Josei magazine from publisher Hakusensha, the series is published in a four-monthly schedule, three short (6 to 8 pages) chapters per year.