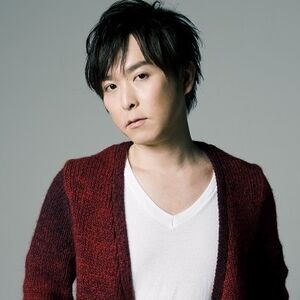 Sōichirō Hoshi (born May 30, 1972) is another reasonably well-known seiyu of the 2000s. Shot to fame/infamy with his role as Kira Yamato in Mobile Suit Gundam SEED.

His characters are usually soft-spoken and/or energetic heroes, but when their buttons get pushed, you might want to move out of the way. He has voiced some Hot-Blooded characters convincingly, showing off an impressive lung capacity and rendering him unrecognisable. That, or he nowadays can voice some serious-calculating badasses (who may border on being too sexy for their own good) or some VERY unhinged individuals.

Also known for voicing characters who have sex with someone at some point (and one who most definitely hasn't.)

He has lots of relationships with either Akira Ishida or Takehito Koyasu; also to some extent both Kenichi Suzumura and Maaya Sakamoto (Mobile Suit Gundam SEED Destiny, The Garden of Sinners), and has played several roles with Masayo Kurata as team mates.