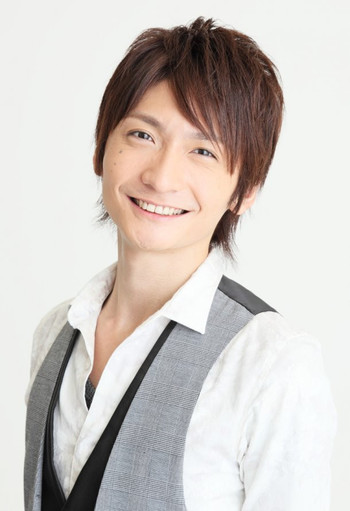 KEHAHAHAHAHA!!! You called me to describe Nobunaga Shimazaki!!
Advertisement:

Nobunaga Shimazaki (born December 6, 1988) is a voice actor born in Japan's Miyagi Prefecture and associated with Aoni Production. He is formerly known as the nico singer "Headphone Man" before getting into the voice acting business.

Funny enough, he was teased in the past since his given name is the same as another Nobunaga that he's been aware of. Hilarious in Hindsight considering he also voices him in the fifth installment of Samurai Warriors.

A mask-wearing man can't be trusted, can he?
If talking won't resolve matters, maybe inflicting some pain will
Domain Expansion...
Bring it on