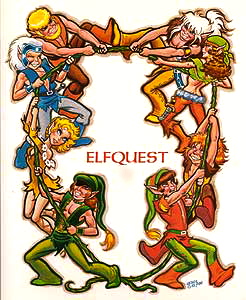 The main series concluded with the four volume series 'The Final Quest' that ran from January 2014-February 2018 which was ahead of the series' 40th anniversary. A new series, ElfQuest: Stargazer's Hunt began November, 2019.

The series provides examples Of: