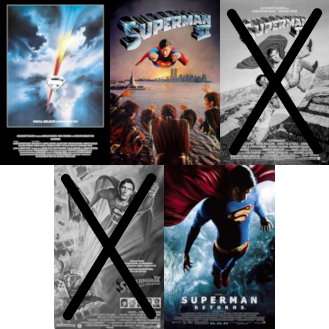 Despite the existence of posters, two of these movies were never made.
As far as Hasbro is concerned, "There never was a Dinobot combiner". While the most likely explanation for this comment is that this particular Hasbro representative is unaware of an obscure UK-only DVD pack-in comic, it's also possible Hasbro has tried to erase "The Beast Within" from canonicity entirely using special canon cannons.
—TFWiki.net on The Beast Within

comic * Though Hasbro would create a much-better-received Dinobot combiner in 2017
Advertisement:

When an element of canonicity is removed from the canon of its work by those who write it.

There are numerous reasons why this can happen. It can be an uncomfortable case of Creator Backlash, Misaimed Fandom, Values Dissonance, or Unfortunate Implications for the writers. It can also happen when Fanon Discontinuity is so vehement that the writers end up agreeing and rewrite the canon. Sometimes it's just a moment or piece of writing viewed as stupid, unpopular, or simply not making sense within that universe. However, this can also happen if the work was made by a person or developer other than the original creator of the franchise, and, in rare cases, can also happen when they admit Creator's Apathy about canonicity. A retcon big enough, or dueling writers that are Armed with Canon can cause elements of a work, like characters, events, or episodes to be turfed out of the canon. Sometimes, the work was never canonical to begin with, but fans weren't sure and/or hoped it was, and we get a confirmation it wasn't.

Sometimes the discontinuity is more subtle, such as a single line of dialogue or the specifics of an event. note And because this can happen even before the canon is established, as in a novelization or comic-book adaptation that coincides with a recently-released movie, it might not even be noticed at all. Besides those, everything else is in the canon. When that happens, they're treating it in Broad Strokes. Note that this trope has to do with the creators putting something out of continuity. Obviously, this is one of the meta-causes of Alternate Universe.

See also Continuity Reboot, Alternative Continuity, Broad Strokes, and Disowned Adaptation. Works that are victims to Bury Your Art usually get this treatment if they’re part of a series. The opposite of Ret-Canon and its descendant tropes. See Cutting Off the Branches for when all but one ending of a Multiple Endings game becomes canon discontinuity. Canon Marches On is when cheap and small spin-offs like tie-in books and comic adaptations are ignored when making the direct big-budget sequel. When fans do this, it is Fanon Discontinuity — including the ironic semi-inversion where the fans who actually like the discontinued story ignore the creator's pronouncements that it's not canonical anymore. If the writers lampshade a discontinuity, either canonical or just something the fans want to be discontinued, then that's Discontinuity Nod. See also the Orwellian Retcon, which may overlap with this.

Not to be confused with Exiled from Continuity, when it's a character or a specific element or elements of a universe that are declared off-limits for use, be it in-universe or in another version of that universe, for legal reasons or otherwise (although whether they are simply made non-canonical or technically still exist, but can't be used depends on the situation). Compare Schrödinger's Canon, where a work's status as canonical has yet to be determined, and Ret-Canon, where something that was intended as non-canonical becomes canonical. Compare Negative Continuity.