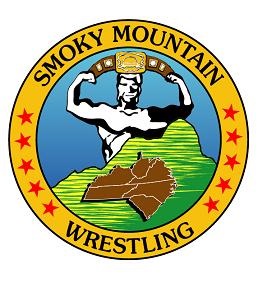 "Don't change that channel all that flippin' around!
You're about to see the hottest show in town.
The biggest stars and the biggest brawls
The biggest hits and the biggest falls.
Non stop action no messin' around, pretty soon we're comin' to your town.
The way you like it way it used to be...Smoky Mountain Wrestling's on TV."
Advertisement:

Smoky Mountain Wrestling (SMW) was Jim Cornette's own Professional Wrestling promotion based in Knoxville, TN, running from October 1991 through December 1995. Cornette established the promotion after having cut ties with WCW, with initial financial backing from Record Producer Rick Rubin. SMW emphasized an old-school mentality, with clear Faces and Heels. In 1993, Cornette established a working relationship with WWE, leading to him making his surprise debut on the August 2 (taped July 25) episode of Monday Night Raw. Eventually, dwindling audiences led to the promotion shutting down at the end of 1995.

"Tropes the way they used to be, and the way you like it!":