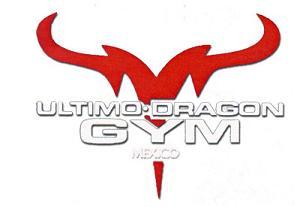 Toryumon is a Professional Wrestling dojo and promotion system founded in 1997 by Último Dragón. Its name is a word coined after the Japanese word toryumon, translating as gateway to success.

The system was the first and greatest Japanese school for the Mexican wrestling style of lucha libre, and featured branches in both coasts of the Pacific. The American one, Toryumon Mexico, was its main training facility and is the longest lasting entity to keep the Toryumon name, while its Japanese equivalents, Toryumon Japan, Toryumon 2000 Project and Toryumon X, were build to showcase the wrestlers trained on the other side. The first of them in particular developed until becoming the hottest independent wrestling company in Japan, particulary after Michinoku Pro Wrestling's declive, and in 2004 broke up with the system in controversial circumstances and turned into the company known as Dragon Gate.

Toryumon used to be notable for its isolationism, rarely opening its doors for wrestlers who did not come up through the Toryumon system or Michinoku Pro, and even Dragon Gate retains some of it. It sanctioned one title, the Ultimo Dragon Gym title

, and promoted several others including the Universal Wrestling Association Trios Tag Titles, and the National Wrestling Alliance Welterweight Title.

After the breakup, the Toryumon system initiated kind of its own downward spiral. With the failure of X, most of its wrestlers either joined Michinoku Pro in an effort to resuscitate the company (and get a home base for themselves) or tried luck in major promotion. In 2005, Último Dragón and his loyalists opened a new promotion created to compete with Dragon Gate, Dragondoor, but it was such a failure that its next incarnation, Pro Wrestling El Dorado, dissociated itself from Toryumon the same way Dragon Gate did (although in friendly terms this time). El Dorado lasted some more years, but it folded anyways, becoming a micro-promotion named Secret Base which still works today.

Tropes associated with Toryumon and its non-Dragon Gate offshoots