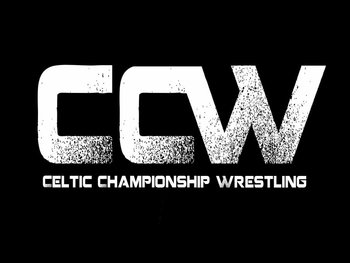 Celtic Championship Wrestling is an independent wrestling promotion based in Ireland - run by promoter and onscreen character Lee Cahalane.

Established in 2012, CCW initially ran about four shows a year. 2014 marked a boom period that allowed them to put on shows monthly - which they continue to do to this day. Originally based entirely in the Cork region, CCW has expanded to do shows in other parts of Ireland as well. They originally featured exclusively Irish talent - but have since expanded to include various wrestlers from across Europe as well.

The promotion abruptly shut down in 2018 and the majority of talent set up a new promotion in Phoenix Wrestling. Word of a revival in 2019 was quickly silenced when multiple roster members came forward about various forms of abuse that happened.